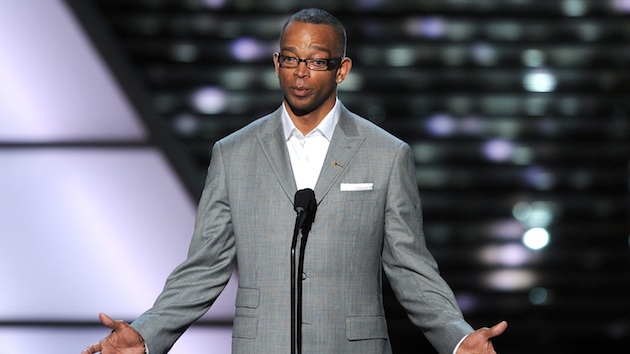 Stuart Scott is dead. That is sad, and everything I’ve seen and read about him is that he was a talented broadcaster, a demanding colleague, a loving father. And having spent his professional life chronicling sports, it’s not surprising that the metaphors that came most easily to those reporting on his longtime struggle with cancer became one of battles, of wins and losses.

But cancer isn’t sport. And Stuart neither won nor lost to cancer. He lived with it until he couldn’t anymore. I’m a former professional Sports Guy. I know how easily it is to slip into the framework of sport. But, at 49—the same age as Scott when he died this morning—I recoil from it.

Scott used this kind of oppositional lens in explaining his relationship with the C-word, when speaking to a colleague of mine for a 2013 profile:

I understand that living with cancer means, in many ways, living against cancer, and competitive people will leverage their competitive instincts to maintain their quality of life and even life itself. But here’s the truth. If the win/loss is life/death, we all eventually lose. And you don’t kick cancer’s ass in the same way it can kick yours. You learn to live with the pain and the compromises of treating it. You learn, or re-learn, to love life through the challenges, despite the challenges, because of the challenges. The loss isn’t in dying someday; it’s not living as well as you can today.

And sometimes illness can serve as a call to that. I met a woman over the weekend who mentioned having MS, then said that managing it had deepened her in a way that nothing else had or could. I would say the same thing about my teenage son who lives with colitis and persistent migraines. It’s not cancer, but it’s no picnic, and it’s matured him. He understands suffering in a way that you only get first-hand.

So, I’m not saying illness is good. I’m saying the amazing, jaw-dropping thing is that people can take things that truly suck and make beautiful, powerful, affirming meaning from them. That somehow, we can live richly despite illness. What an audacious and hopeful gift.

From all accounts, Stuart managed to live richly through his treatment. This is what he said after a particularly tough stretch in his treatment, at last July’s ESPY awards:

When you die, that does not mean you lose to cancer. You beat cancer by how you live, why you live, and the manner in which you live.

And while you could say that Stuart was changing the game when cancer was clearly “winning,” I prefer to think that he was getting at the larger truth: we “win” by living and loving for as long as we’re here.