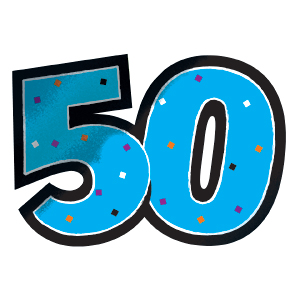 This is what I presented recently at Wellsprings Congregation as part of our annual Wild and Precious Life service, which draws inspiration from the Mary Oliver poem The Summer Day.

It’s a little funny to be here as the representative for the 50s, as I’ve been 50 for 8 days now. But let me tell everyone, your 50s are great: you get a party every week!

One of the last things I did in my 40s was talk to a bunch of middle schoolers. A friend had asked if she could volunteer me to speak about my day job as a journalist to the gifted program students. I was talking about the things you’d expect an editor to say. If you want to write, do 3 things: Read, write, be curious.

Curiosity, my own and hopefully theirs, led me to share something I had no intention of sharing.  About 10 days before this, I’d had a surgery at Paoli Hospital where a surgeon performed a small miracle. He re-opened an artery in my heart that was more than 95% blocked. He did it through an incision in my right wrist that you’d have trouble inserting a cocktail straw through.

The question I brought to that class was the one that had dogged me since this all happened: How am I still here? How do you live when precious little blood is reaching your heart through its biggest artery?

One of the perks of being an editor for a magazine with “Health” in its name is I could ask doctors. And this is what they told me: I’m alive because life found a way.

I didn’t find a way, at least the conscious part of me, which was conveniently ignoring the fact that I was getting slower when I ran and that I didn’t really know what my cholesterol and triglyceride numbers were because I hadn’t gone to the doctor in 6 years. I felt fine—that was the cloak I wore, and it fended off the nagging concerns of mid-life and the reality that my family has a long history of heart disease.

Instead, my body laced together a network of capillaries that routed blood around the blockage and to my oxygen-hungry heart. The twin miracles of my body and medical science conspired to grant me a grace I hadn’t earned.

As I start on my 6th decade, I find that this is the lesson. Life and love find a way.

I’m reminded this week of my neighbors growing up. Herman and Mina were young and Jewish and lived in a small village in Poland. They knew each other a little bit, nothing more. When the Nazis invaded Poland at the start of World War II, they were sent to different work camps.

After the war, Mina moved to New York City—something to remember today as we sort out the correct response to a new wave of refugees across the globe. Back then, it wasn’t ISIS but communism that America feared was sneaking across its borders. Anyway, Mina, she’s walking down the street one day, she sees a familiar face: Herman. He had moved to the same neighborhood. They dated, they got married, had kids, moved to the suburbs. They were waiting when my family moved in next door in 1972. My Mom and Mina grew close; they are on their fifth decade of arguing over who last bought milk for whom, and Mina calls my mom her Irish sister. At 91, Mina called me last week to wish me well on my 50th birthday. She wished me a life richer than hers.

But life and love find a way.

I’m not a pollyanna. Tens of thousands of people die of heart disease each year. Sometimes life and love can’t find a way—they couldn’t hold the door open forever waiting for me to hear the call. But I did, just in time.  My doctor told me that something bad would have happened within the next 2 months without intervention.

Millions didn’t escape the snare that Mina and Herman did.

But it happens, and it happens more when you and I set our minds and hearts and hands to it, when we heed the call of our wild and precious lives.

For me, that meant moving up a doctor’s appointment (not that difficult) and paying greater attention to my health going forward (same). It also means returning to Haiti this January, and sharing that journey with members of Wellsprings. Who knows what will happen? Rev. Ken might come back with a new way to grow tomatoes in his backyard garden next summer. A young Haitian may make a connection and his path might veer from its current course.  I might trip and turn an ankle that takes months to heal. Someone might meet the love, or the calling, of their lives.

That is my prayer for all of us this morning.