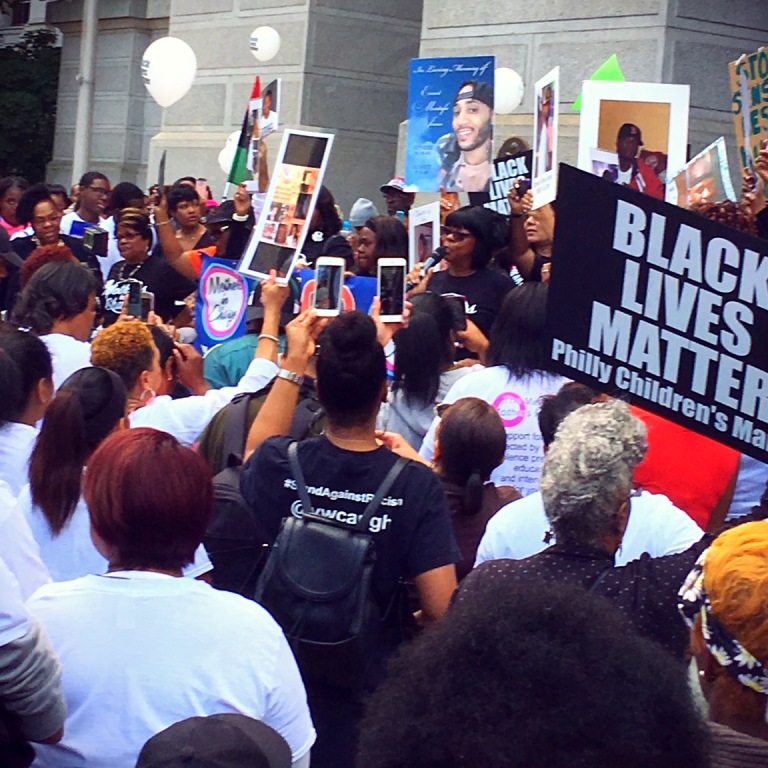 Toward the end of today’s Million Moms March at Philly’s City Hall, one of the speakers asked every mom who had lost a child to gun violence to raise their hand, and the air went thick with hands.

Then she asked for their names, and the air filled with voices and names.

This plague of violence, heartbreak and death that has impacted communities of color across this nation, like that moment with all those hands in the air, challenges my ability to bear witness—to acknowledge that this simply IS before I try to solve or blame or simply throw up my hands in despair. 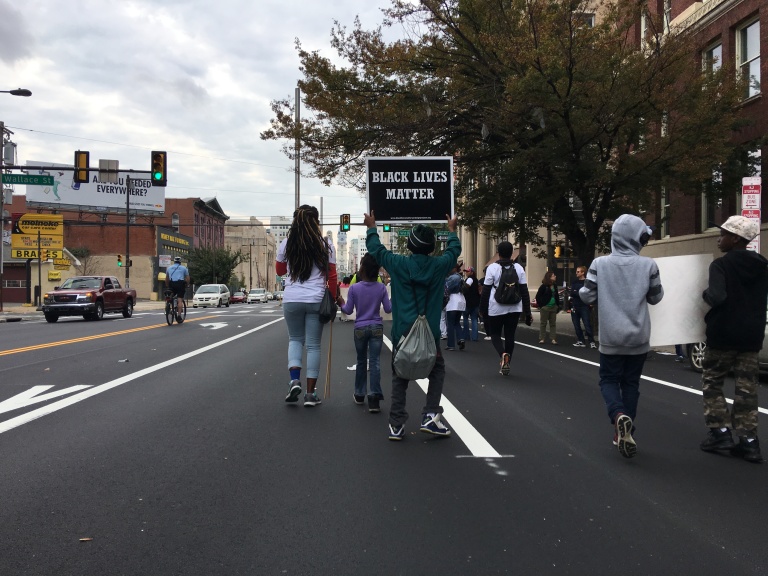 Several things today stood out to me: 1. The event organizers and marchers were gracious in sharing their gratitude for every person who showed up, which, as a white guy, I truly appreciated. This was an invitation, not an incitation. 2. That said, it was a sad, angry, sobering call to accountability—for everyone.

As a neighbor, as a fellow citizen, as the uncle to a young man of color who fears ever having to raise my own hand to that dismal question at City Hall, I ask you to open your heart and mind and play the part you can in ending the cycles, systems, and mind-sets that require such a somber march. Because I believe that it doesn’t have to be this way AND it will take an extraordinary effort to change it. It will require laws to change, assumptions to change, hearts to change.

But that’s getting ahead of myself. My prayer tonight is for moms and sons, and dads and daughters, and those who have lost so much. May they find peace.