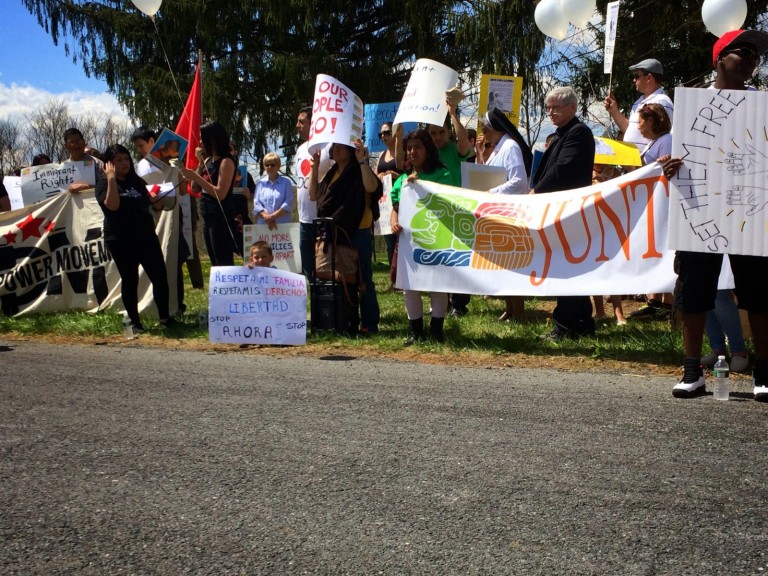 With the election of Donald Trump as President-elect, there is a lot of anxiety about what will happen to people living on the country’s margins, including those who have entered the country illegally to escape repression and violence elsewhere.

If you live near Southeastern Pennsylvania and are looking for a way to join with others to demand that these vulnerable people be treated with due process and dignity, please attend the Concert for Hope, held outside the Berks County Residential Center from 2 to 4 p.m. on Sunday, Nov. 19. The event is being hosted by the Lutheran Advocacy Ministry of Pennsylvania.

My home church, Wellsprings Congregation, of Chester Springs, Pa., is planning to participate (we have requested to be one of the musical acts). No matter the particulars of your faith life, this is an opportunity to bear witness to policies and practices that are hurting families for no apparent benefit.

The facility in Berks County, Pa., is one of three in the nation (there are two others in Texas) where women and children are being held while the government considers their requests for asylum. There are between 80 and 100 women and children being detained at Berks—this despite relatives and religious communities who have said they would find accommodations for these people in the U.S. if they were released.

(Read this to better understand who these people are, what motivated their migration, and how they find themselves in detention.)

The Berks County Detention Center has been “home” to some of these moms and children for more than a year.

Having been at an earlier protest, the situation is pretty surreal. The building where the women and children are held looks more like a typical freshman college dorm than anything else. The women and children are allowed outside. There was no fence then, though I understand a barrier has been put in place, so there was nothing between the families and protesters other than some patchy grass. The kids played some impromptu soccer and ran around like kids do.

And yet, though lacking barbed wire and cell blocks, these people—children included—have been removed from society. They lack both freedom and any sense of when their lives can resume. Some of the moms have gone on hunger strikes to protest the conditions of their detention.

I will be at the Concert for Hope to bear witness to these families, to let them know they are not forgotten and that I support their right to seek a life without violence and with opportunity for them and their children. If you’d like to attend, and are looking for a friend or a group to feel a little less vulnerable, contact me at kevd11@yahoo.com, and we’ll come up with a plan.