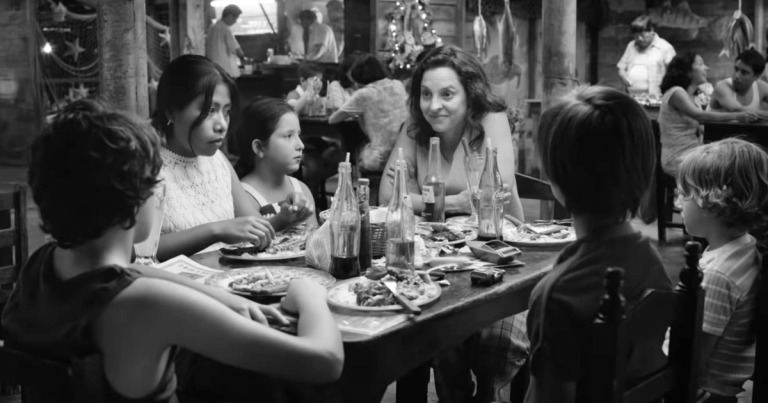 Here in 2019, I’ve returned to an annual prompt: my favorite movies of the past year. I didn’t see a whole lot, but here they are, in order from least- to best-liked.

Emily Blount makes a pretty good Poppins and Lin Manuel-Miranda is a treasure ― but his cockney accent wasn’t very convincing, the plot didn’t hold any of my family’s attention in between the song-and-dance scenes, and the whole thing was 20 minutes too long.

One of my biases is, you better have a good reason to make a movie that lasts more than 120 minutes. Vice didn’t clear that hurdle. It was 2 hours, 12 minutes to establish what I already knew ― Dick Cheney is an asshole. Christian Bale gets points for suffering through a stultifying prosthetic experience, but otherwise this was an unsurprising recapitulation of Cheney’s power-hungry career. If it was supposed to make me feel sympathetic to the guy, it didn’t. The weird interludes that felt fresh in The Big Short feel tired here; Adam McKay feels a bit like a one-trick pony, until he comes up with a new trick.

My wife loves Wes Anderson and I’ll give Isle of Dogs this ― it was better than The Fantastic Mr. Fox. The eyes on those dogs are piercing, and it’s fun trying to guess who the voices are from Anderson’s galaxy of collaborators. Otherwise, not a whole lot there.

It was a very good documentary, but all I can think now is, Forget the weight-training sessions with the personal trainer; we need to wrap Ruth Bader Ginsberg in bubble-wrap or, better yet, cryogenically freeze her till April 2021. Also, seeing this means I don’t need to see the feature film coming out in early 2019.

Saoirse Ronan and Margot Robie are very good, but watching this movie is to be reminded that men acting badly is not some recent #MeToo development. There apparently wasn’t a decent fella in all of Scotland in the 16th Century. Also, the film’s pacing is hard to follow ― years go by and Ronan never ages a day. In fact, when her 46-year-old neck is stretched out on the chopping block in 1587, on the order of her “sister” Elizabeth, she looks little different from the 18-year-old who returned to Scotland to reclaim her throne in 1561, albeit with far-less-dramatic hair. Elizabeth, on the other hand, has gone through an elaborate transformation from fetching young woman to a bleached, blanched vessel of state power. The difference in their looks and their demeanors (Mary’s inability to subvert her desire and ambitions vs. Elizabeth’s sad mastery of both) put the lie to the trope that they were the only two people in the world who could understand the other, with the final irony that Mary wins the long game despite losing so many along the way.

This is good Spike Lee, and it’s been a while. I loved the Kwame Ture speech at the beginning and the closing, including the footage from the Unite the Right march in Charlottesville, brings it all full circle. But even the movie poster touted this as “based on a crazy, outrageous, incredible true story” and I really struggled to believe the movie through its middle and unruly end. Not the broad point, that a black police officer in the 1970s managed to infiltrate and expose a local KKK chapter in Colorado Springs, but the idea that the KKK folks can’t distinguish between the voice on the phone and the voice in front of them was hard to accept.

I’m old enough that I remember the Apollo missions. One of the earliest memories that I can place to a time and location is being in my family’s house in Hazlet, N.J., watching astronauts on the moon. For some reason, my dad had out his reel-to-reel audio recording machine. I don’t know why, in the same way I don’t know how Damien Chazelle, fresh off his Oscar for La La Land, let this one get away from him. The story is so stirring, I can’t believe it hasn’t been done before. But somehow the end, which should have had me locked in, instead fell a little flat (and not because it didn’t show an American flag on the moonscape). Chazelle got a little indulgent, included a bit too much of the discomfort of space flight, and it went on just a smidge long ― which is a shame. Ryan Gosling was awesome.

I like Olivia Colman a lot (she was great in Broadchurch and The Night Manager), but Rachel Weisz owns this movie. Her Sarah Churchill, the Duchess of Marlborough, is Queen Anne’s oldest friend and deft manipulator. But not the deftest. That title goes to Emma Stone’s Abigail Hill. All three have fun in a very, very saucy comedy, but Weisz’s Sarah ― so mean, so able, and so deserving of a comeuppance ― is the one I found myself rooting for at the end of a too-long 135 minutes. Hail, Churchill!

5. The Ballad of Buster Scruggs

I’m usually pretty all-or-nothing with the Coen Brothers. It’s either great (Fargo, No Country for Old Men, Raising Arizona, True Grit) or bores me (Hudsucker Proxy, Barton Fink, The Ladykillers). Buster Scruggs, though, landed firmly in the middle, with the six mini-episodes running hot and cold, and netting out to something lukewarm. Loved Zoe Kazan as the anxious pioneer who almost has a happily-ever-after in The Gal Who Got Rattled, and the opening bit with Tim Blake Nelson was funny. But Near Algodones, Meal Ticket, All Gold Canyon and the Mortal Remains all dragged some despite being no more than 20 minutes each. It’s a rarity for me: middle-of-the-road-Coens. And for the record, I’m with The Trapper: People are like ferrets.

Alfonso Cuaron’s very personal film about a maid (Yalitza Aparicio, as Cleo, is magnificent) who cares for a privileged family in 1970s-era Mexico is gorgeously black-and-white and has some beautiful tracking shots. I wish I’d seen it on a big screen. But the thing that has surprisingly stuck with me is empathy for the mom (played by Marina de Tavira) ― abandoned by a cad, struggling to stay afloat and keep the kids cared for and, most movingly, telling them the hard truths that the kids deserve to know about their family while on vacation. Her worst-ever driving skills made me laugh, too. Hang in there, Sofia! Things have to look up soon.

I don’t know if it would be possible to watch this documentary by Jimmy Chin if I hadn’t known that Alex Honnold was alive and well. That’s how hair-raising this film is. How Alex does what he does, maneuvering up the sheer granite face of Yosemite’s El Capitan for 4 hours and 3,000 vertical feet without any room for error ― and to see the joy in his face as he goes ever-higher ― is so audacious and harrowing that I never want to know what the dude is up to. Like the film crew, which was operating under no assurance that he wouldn’t slip off the rockface at any moment, I don’t think I could bear it.

This movie, which inverts so much racist vitriol and posits the people of a resplendent African nation, who are by turns a) technologically amazing, b) stubbornly tribal, c) proudly progressive, d) haunted by loss and abandonment, and e) courageous and ethical, was a deliriously fun ride. And I want a little of whatever Michael B. Jordan is taking ― his muscles’ muscles have muscles.

Paul Schrader’s bleak film about a pastor (Ethan Hawke) who falls into despair over the state of the world is very, very good, and the wild, miraculous ending is great. But what I like best is that the movie served as the topic for one of my favorite church messages of the year, by Frank Zinni, who unblinkingly looked at despair with subtlety and courage. As someone who has had a very vulnerable-feeling year, it was a true gift. The line that stays with me, that Frank credits to the poet David Whyte: “Despair is a season.” More from Whyte:

Despair is strangely, the last bastion of hope; the wish being, that if we cannot be found in the old way we cannot ever be touched or hurt in that way again. Despair is the sweet but illusory abstraction of leaving the body while still inhabiting it, so we can stop the body from feeling anymore. Despair is the place we go when we no longer want to make a home in the world and where we feel, with a beautifully cruel form of satisfaction, that we may never have deserved that home in the first place. Despair, strangely, has its own sense of achievement, and despair, even more strangely, needs despair to keep it alive …

We take the first steps out of despair by taking on its full weight and coming fully to ground in our wish not to be here. We let our bodies and we let our world breathe again. In that place, strangely, despair cannot do anything but change into something else, into some other season, as it was meant to do, from the beginning. Despair is a difficult, beautiful necessary, a binding understanding between human beings caught in a fierce and difficult world where half of our experience is mediated by loss, but it is a season, a wave form passing through the body, not a prison surrounding us. A season left to itself will always move, however slowly, under its own patience, power and volition.

Refusing to despair about despair itself, we can let despair have its own natural life and take a first step onto the foundational ground of human compassion, the ability to see and understand and touch and even speak, the heartfelt grief of another.

In a hard year, First Reformed was a movie that almost sunk me, but, in the way that art so often does, lifted me instead.

Here are things I haven’t seen but probably should before doing an honest-to-goodness “Best of” list. As I see some, I’ll slot them above.