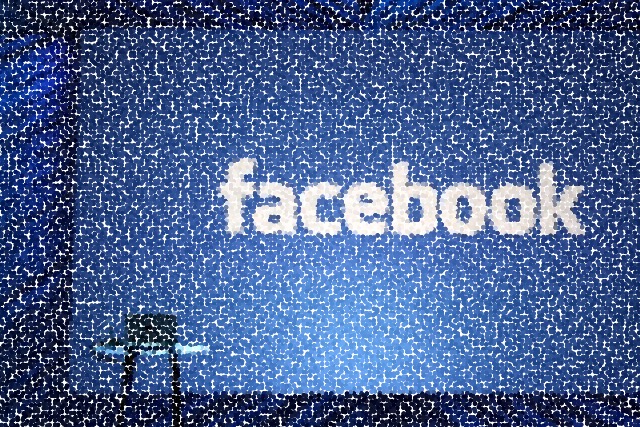 The announcement that Facebook would be turning its back on news organizations made me a bit nostalgic. I remembered, as managing editor for MensHealth.com, being the person who set up our Facebook page. We didn’t have social media editors then. We barely had “social media.”

I haven’t looked back to what year exactly it was, but I know that initially, it didn’t add up to a lot of traffic. Even at that point our audience arrived from a pie chart with five pretty-equally-sized slices: 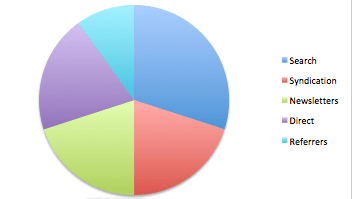 Fast-forward to today, and it looks more like this: 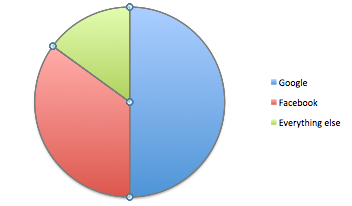 Over those years, we joined thousands of other publishers, big and small, in doing as Facebook instructed in pursuit of additional access to audience, or “reach”.

When Facebook said, “We’ll give you better reach if you use a proprietary format that in effect moves your content to our environment,” we put developers on the task even as it separated our content from ad inventory that we could sell easily.

When Facebook said, “We’ll increase your audience if you create more video that can be watched with the sound off,” we upended staffs, priorities, and process and did that.

And each time, the dynamic was the same—a short-term boost to reach, followed by a seeming loss of attention by Facebook and a subsequent fall-off in audience.

From a year ago: Why Social Media Isn’t Up to the Present Challenges

All that energy and attention spent on Facebook came with costs—decisions to forgo syndication relationships, new newsletter formats and Web site development, as they all seemed an awful lot of work for not a lot of audience.

And today we sit in a world where Google reliably delivers a large proportion of most publishers’ audience and Facebook … well, we’re not sure what the heck Facebook will be doing, except it won’t be reliable.

So I, for one, am glad we’ve finally reached this point, and I know I’m not alone.

Because Facebook was, for traditional publishers, always about chasing clicks. And because Facebook offered scant ways for brands to differentiate themselves from each other on the platform, premium brands found themselves competing for clicks with outfits that had far less to lose by being provocative and pandering. This led where you might expect it to lead—to weekly audience development reports at many big publishing brands that included excerpts like this:

“Our top article on Facebook last week was about the cat torture story. We should keep our eyes open for more animal-in-distress stories. Even better, if we could aggregate and turn it into a weekly animal-in-distress franchise. Can we do that?”

The answer should have been an emphatic no, but, you know, traffic. And how else are editorial teams going to meet their numbers? By posting a steady stream of articles about diabetes risks to people’s social media feeds when the other outfits breathlessly obsessed over the Kardashians? (One request for Facebook, by the way—if you’re removing the “news,” please refrain from calling the aggregated information “the Newsfeed”. Thanks!)

Look around the web, trade out “animal-in-distress” for “hot chicks” or “embarrassing-failures” or “poorly-dressed-people-in-public” and you’ll see how this slippery slope has left so many traditional publishers looking up to where they started.

So what comes next?

The world rarely turns back and re-traces its steps, but I’m hoping for a renaissance or re-tracing, of sorts. A movement toward quality and authority (the good kind, not the authoritarian version) and a movement away from a clickbait economy. There are encouraging signs. Subscription models are slowly re-asserting themselves on the Web, especially for top-tier news organizations like the New York Times and Washington Post. (The Wall Street Journal was able to leverage its unique financial coverage to make this model work earlier than everyone else.)

I don’t know if subscriptions (even aggregated subscriptions, like Scroll) are the answer for everyone, but local news organizations and magazines are going to need to find sustainable models, too. The key is going to be authenticity and benefit—what do I get when I pony up as a fan or member? It’s going to require high-quality writing and curation, that seems a given, but likely it will need to include more value, too. More chances at special access. More ways to leverage the brands’ expertise and integrate it in ways that allow real people to accomplish real things in the real world. Speaking of the real world, I think brands are missing a huge opportunity if they don’t create real-world ways for their biggest fans to gather around their passions.

It’s going to require more of a lot of things—among those things, money invested by publishers. (Michael Silberman, the chief digital architect of New York Media, does a better job of laying out the essential skills digital media businesses will need to thrive in this new world.)

Here’s the good part, for those brave enough to spend into this uncertainty. Even Facebook expects that it’s stepping back from “news” means that space is going to open up in the digital canopy, that people are not going to use the time they scrolled through their newsfeed for frothing takedowns of Trump and Hilary to instead play frisbee in the park. People will still be head-down on their phones.

Something completely different: The Time I Was a Couple Weeks from a Fatal Heart Attack

So when they swipe out of Facebook, where will they go?

My first guess is that aggregators will see a boost. Apple News and Twitter, Flipboard, too. Each will get a bigger bit of the pie. But again, this will be the low-quality end of the pool.

My second guess is that this is going to open space for publishers to find (or more accurately, re-find) higher-quality audience. I think publishers are out of their minds if they don’t spend aggressively in the next two years to re-connect with these high-quality audiences. Among things to do:

The last seven years have suggested strongly that social media can accomplish a lot of things—from exhilarating communal moments to hideous acts of bullying and abuse. As a primary or exclusive online experience it is both addicting and exhausting, compelling and cheapening. For publishers, it’s proven to be mostly a dead end.

Now is a time for those brands to “lean out” of social and create a different, and hopefully better, way (or, more likely, ways) for their audiences, themselves, and their businesses.

If my career continues in journalism, I hope to be part of finding these other ways. And I suspect it will require both a large investment in time and money, but an even larger one in deep thinking and re-connection with people who value reality, connection, and authority.

I am optimistic that this future exists and I am jazzed to see what form it takes and how it impacts the world.